Went to Helsinki with my mate Bo, same guy i went to Norway with last year. The trip started for me in London, where Bo lives. He lives in the Queens Head, a pub in Piccadilly. He owns the pub, just to clarify that. Spent the day/night in London then headed to Heathrow to catch the plane. 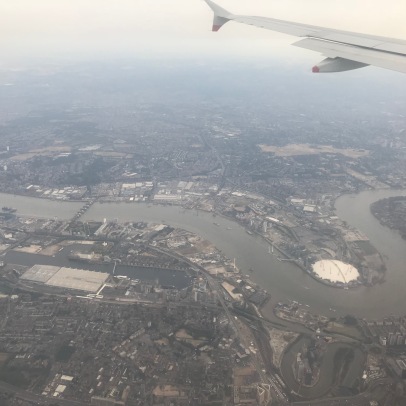 We had a day/night in Helsinki to start, we had an Air BnB in the city, which was a really nice apartment and about a 5 mins walk from the main city centre. The city is not really that old, its around 200 years old, but then there was a fire, so most old buildings are around 150 years old. So in city terms its quite modern!

The city is quite, well compared to the likes of London or Paris its quite. Which is good, they have everything you’d expect a European capital to have, its just easier to walk around, get a table etc. They have a metro, which has one line! can’t get it wrong, they have trams running through all parts of the city and the trains are fast and cheap! As we didn’t really have much time on the first day, i dragged Bo into Hard Rock cafe Helsinki, on the basis he’s never been to Hard Rock Cafe. And taking him their made me laugh!

The next day we were picked up to be taken to a hotel we were staying at about 30mins form the city centre. the hotel was awesome, hidden in the trees, and right on the lake. All wood and glass! was brill. We started our Kayaking from there. Around Helsinki is 100’s of islands, so we kayaked the Baltic, around some islands and then got off and had a walk around an Island. 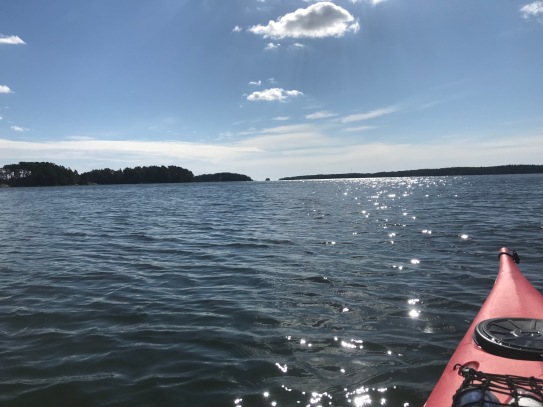 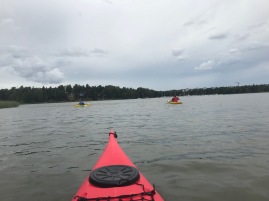 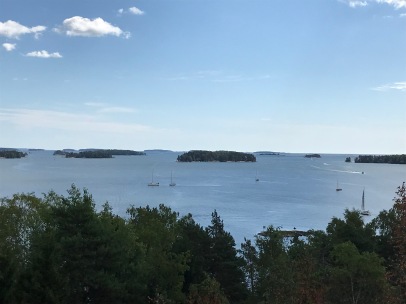 After the Kayak we went back to the hotel, and had a swim in the baltic. The sea was an amazing 25 degrees (Celsius). Finland also has an extraordinary amount of Saunas. Population 5.5m people, Saunas 3m!! they like saunas. So we embraced this and had a sauna, after 10 mins in the sauna, jumped in the Baltic and repeat. Ok the desired effect doesn’t really work when the fucking sea is 25 degrees!

The day after the Kayaking we went bike through the forest and along the coast line. In winter you can actually bike on the sea as its frozen!

After these activities we went back to Helsinki and had a few days there. We went to the 1952 Olympic swimming stadium, and had a swim. 50m pool too which was a novelty to swim in. It’s also outdoors, so i can only imagine they use it for 3 months of the year.

We went on a boat tour around the islands which was good, we also went on the stupid red tourist buses and did some exploring. We found some good bars and nice restaurants. One of which we had Reindeer, well worth it if anyone ever comes across it, very nice. They have a few bars that have outdoor swimming pool areas, and surprisingly saunas. One bar on the harbour had a sauna, and little jetty so after the sauna you could jump in the sea! then grab a beer! We somehow managed to walk into Helsinki’s football clubs ground, and there training pitch, while they were training! We went paddle boarding twice! as paddle boarding for two hours is cheaper than a beer! From where you start paddle boarding you can make your way into the Baltic sea! I’d highly recommend doing that!

Helsinki is a awesome city, and if you like outdoors and outdoor activities you should defiantly go. If you want to go for the night life and beer, don’t bother, there isn’t much and the beer isn’t cheap. Apparently the locals get a ferry to Estonia, as its cheaper. Its also pretty much crime free. 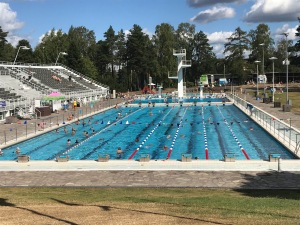 One thought on “Helsinki trip…..”

Romantic sunset over South Stack, with a cup of wine and @scottmarcberry
Dinas Cromlech.
On the 2nd pitch of Debauchery, amazing route high up on High Tor, overlooking Matlock Bath.
Stanage Plantation, Millsoms Minion. Really nice route, definitely worth its 3 stars. Definitely a route I’d repeat!
Walking in to do the scramble The Chasm Face, very interesting scramble 🤔 accompanied with lots of expletives!!
Loading Comments...
%d bloggers like this: