1st Ultra run of the year!

So…… this Saturday was me returning to the Hardmoors 55. I was tempted to write a post before hand, but i also didn’t really want to tempt fate!

After Christmas and New Year in Oz, i really was doubting i could do this. I did a Trail Marathon at the beginning of December, and had basically not really trained much from then till after i cam back from Oz. I had doubts that 2 months of training was going to be enough, i felt that after the holiday maybe my fitness had fallen away somewhat. I’m guessing everyone feels the same after two weeks of no real training. Anyway i knuckled down and got on with the training.

As the race approached i kind of realised i was plenty fit enough to get it done, it was a more a matter of the mental shit! I kind of resigned myself to the fact that in a race of 50 odd miles that i will want to quit, there will be really bad times, but there will also be really good times. And that if i did want to quit, i just had to make sure that the points i want to quit at, are the points in the race that are pretty much unquitable (made a word up too)! I mean i can’t quit in race 10mile from a checkpoint in the middle of the North Yorkshire moors, and even if i did, i would still have to get my arse to the checkpoint to quit! So as long as i left the checkpoints, quitting wasn’t an option.

I told myself my target was to finish, and that if i wanted a good time then i would have to go back another year. This year was just about getting it done. I had a few points i wanted to reach at certain times, but that was more just for fun. The few targets i did have were i wanted to hit Kildale at around 2hours. This was around 1,600ft of elevation and 10miles. Managed it in around 2hours 20minutes (this included queueing for gates). I also wanted to hit 20miles in sub 5 hours. This was around 3,500ft of elevation, i managed this 4hours 40minutes. So i was more than happy with. I knew that after 30miles most of the elevation was done, which was a huge boost. And at mile 37 just about all the elevation was over, and it was down hill from there! So at mile 37 i’d pretty much done all the 9,500ft of elevation.

Its amazing that at mile 31 my thoughts were i only have 20miles left now! it’s a weird thought to have, when most people wouldn’t dream of doing 20 miles anyway. Let alone thinking ‘thats all thats left, easy doable’!

Now, its hard to describe the weather conditions! for 12 hours it was constant rain, with sleet thrown in. On top of this was constant winds of 40-50mph. Add in the fact this is on the North Yorkshire moors, there is no shelter, no trees, walls or buildings sheltering you! Running into the wind is hard! I think about 500 people started the race and 300 finished it. The weather made it a very tough race, very harsh conditions. The weather plays a part in ruining you mentally, it’s hard enough to run 55miles up and down hills, but when you’re wet, uncomfortable, cold and being battered by wind it does play with your head as to why am i doing this! On the day it seemed so stupid as to why i would have signed up to the event especially after the storms and snow of last year! But the days after the race, i’m kind of only remembering it as an awesome thing, and i’m very proud i did it and completed it. 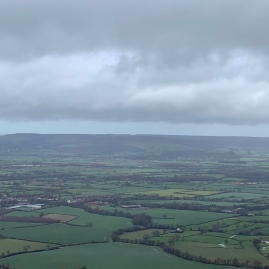 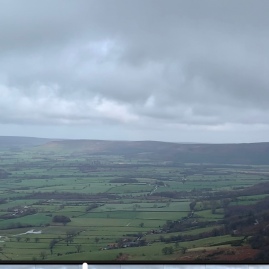 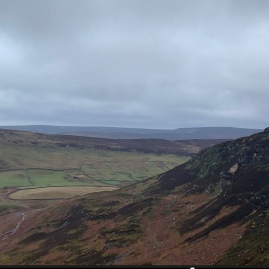 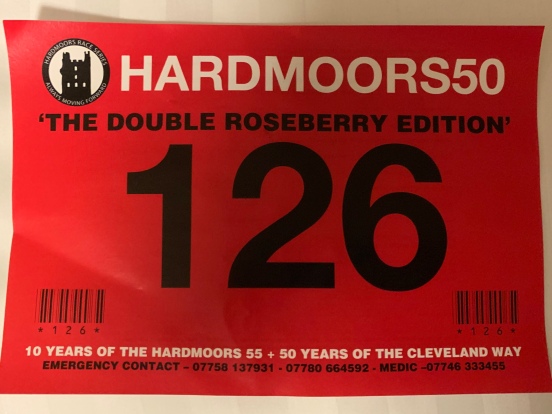